Home / Insights / The rebirth of LNER

The rebirth of LNER

The announcement by the Rt. Hon. Chris Grayling MP on 16 May 2018 that Virgin Trains East Coast would be taken back into public operation, and be run by his Operator of Last Resort (OoLR) until the letting of a new East Coast Partnership in 2022, sparked debate around the sector, including some very healthy discussion. Comments from the debate include: Virgin and Stagecoach have behaved with great integrity and commitment; this is not necessarily a failure of the franchising system; and declining the offer of a management contract seems inconsistent with confidence in the process. This Industry Insight unpacks a few of the questions.

When the Secretary of State for Transport (SoS), Chris Grayling, made the announcement to take Virgin Trains East Coast (VTEC) into public operation (link here), there was a level of bewilderment across parts of the industry, including references to babies and bathwater!

Virgin and Stagecoach honoured their bid

“They will have lost nearly £200 million meeting their contracted commitments. This means taxpayers have not lost out because revenues are lower than predicted: only Virgin Trains East Coast and its parent companies have made losses at this time.” SoS Chris Grayling

This is a critical point. All other things being equal, had the East Coast operation been under public ownership at this moment in time, this ‘wrong-side’ return from the operation and upgrading of this crucial route would have landed in the Taxpayer’s lap and they (we) would be potentially £200 million worse off than they are now.

It seems somewhat cheap ignorance for mainstream media to criticise VTEC in the same breath both for ‘overbidding’ and for failing to deliver the £2bn promised in premiums. We can’t have it both ways. Ostensibly, if VTEC indeed overbid then the £2bn doesn’t exist and so it is hardly in VTEC’s gift to pay, and Stagecoach has quite honourably given up £200m and 20% of its value in the valiant attempt.

Failure of the franchising system?

The SoS said, “However, as I explained in February, Stagecoach and Virgin Trains got their bid wrong and they are now paying a price.”

That Virgin and Stagecoach continue to bid for franchises despite losing £200 million to VTEC at a rate of knots and seeing other owning groups reconsider their participation suggests that a) they believe the system basically still works; and b) they accept that failures accompany successes in this franchising world. Preventing Virgin and Stagecoach from bidding in the future, as some commentators suggest, would be to deprive the process of a very willing, able and competent partner as well as missing the vital lessons, through misrepresenting and misdirecting the fault.

Arguably both the Department for Transport (DfT) and bidders can collude in a flawed dance, bidding and accepting over-egged revenue predictions, and in this case the franchisee has taken a hit. But does this necessarily mean that UK plc is the worse off for it? Significant private funding and improvements have been levered into rail through this general franchising process, with its potential for risk and reward, even if it occasionally goes awry.

The small matter of infrastructure upgrades not happening also seems to be an inconvenient distraction to the story of collegiate outrage. The DfT has to take a chunk of the blame for the failure and that’s apparent in the rhetoric. Had the infrastructure upgrades taken place as the DfT laid out in the East Coast franchise specification, VTEC would still be running. Alternatively had DfT been realistic in acknowledging that the promised infrastructure upgrades were running late and may not happen, VTEC’s bid, along with others, may have been less ambitious. When your third prize-fighter retires injured you might then take a look at the rules of the game as well as the refereeing. 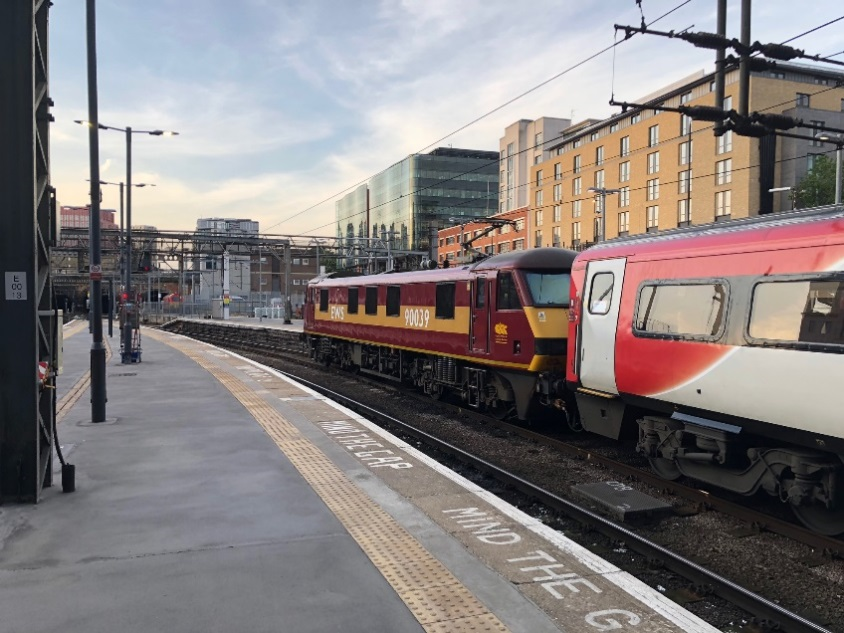 We have seen other Government transport agencies set very conservative caps on the revenue profile they will allow bidders to assume in their franchise bids; so it is clearly possible to say “no thanks” to hockey-stick revenue projections and the compelling premiums that might well follow. Whilst there may be a need for some adjustments, perhaps an occasional franchise failure is actually the system working?

Why take the franchise back into public ownership?

“When judging against my key principles, neither option [management contract for VTEC or Operator of Last Resort (OoLR)] was obviously superior.

There is, though, Mr Speaker another factor that I have taken into account. I want to make the smoothest possible transition to the creation of the new East Coast Partnership. So given the finely balanced judgement, I have taken into account broader considerations and decided to use the current difficulties to drive our long-term plans for the East Coast Partnership.” SoS

Alongside losing £200m, being denied the continuity of a short-term management contract seems an unlikely penalty for failure. The argument that only the OoLR could prepare the way for the East Coast Partnership (ECP) seems unlikely – VTEC could have done this as part of the management contract and saved us a lot of the inevitable upheaval that’s now going to happen.

Mobilising the OoLR might be a good way of levering in other experienced senior railway hands but it might also give invalid credence to the renationalisation call. A short-term open-book management contract may have been a very practical mechanism until reasonable infrastructure capabilities, franchise forecasting assumptions, and behaviour could be rediscovered – as well as an acknowledgement of systemic failures (potentially such as yield-management, fares structures, and risk-reward balance) as opposed to blaming  “incompetent” franchise operators. Liquidity in Operators, like liquidity in rolling stock, is potentially a good thing for innovation and improvement as well as for value.

The Operator of Last Resort is supposedly exactly that – a last resort. VTEC’s disappointment at the rejection of its management contract offer suggests that the Secretary of State did have a valid choice and it was hardly a last resort. The deployment of OoLR takes the spotlight off any failures to accommodate into the specification and assessment of bids the relevant risk – not least infrastructure delivery and demand forecasts.

Why could a management contract be better?

There are three key aspects to private investment that have been mixed up in understanding the VTEC franchise:

It is the last of these three that has caused the problem with VTEC; essentially the default of the Government’s insurance policy, with VTEC paying a hefty excess.

A management contract would have picked up and dealt with the revenue risk aspect whilst leaving the first and second aspects quite reasonably with the private sector. Potentially could the OoLR have been deployed to ‘mind’ the management of the franchise by VTEC for the term of the management contract, vetting the monthly management reports to ensure that the deal for the SoS remained good – by at least the £19m it will apparently cost to switch over to OoLR? OoLR management takes the franchise operation into the public sector as well, when there wasn’t a particular issue with that aspect. This makes the decision even more confused and counterintuitive.

How can re-nationalisation be the answer?

Nostalgia for the past has given us back LNER, GWR, LNWR, and SWR (recognising the LNWR and LSWR were the core of the LMS and SR respectively), and the railway now has the big four back – and they of course lasted no longer than privatisation has already lasted thus far.

The choice of LNER as the new franchise name might well be an interesting attempt to appeal to the railways’ former heritage. As with FirstGroup’s return to GWR, OoLR will have to get the product spot on since  using a heritage name will tend to invoke particularly rose-tinted comparisons with how good travel ‘used to be’. With the similarity to GWR of the typeface used for LNER, perhaps the DfT will follow Transport for Scotland’s lead and lock down the names of the intercity routes irrespective of the operator? Indeed this may be a logical next step for UK passenger rail franchising, to further align the process towards a greater liquidity amongst the potential franchise operators? 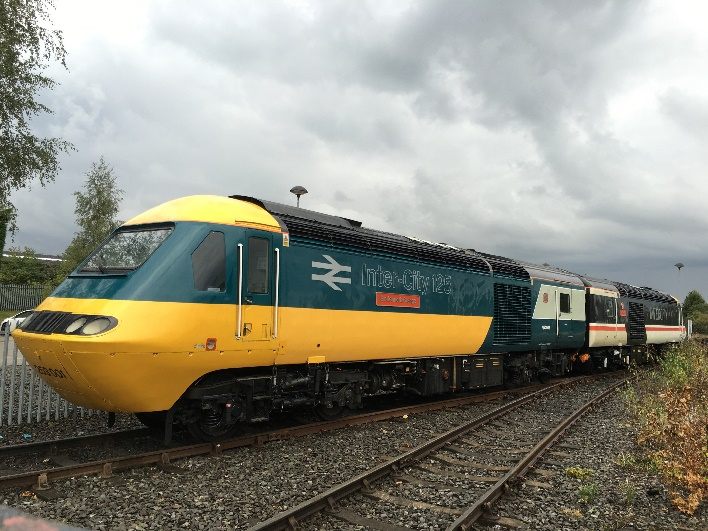 However, as a process, privatisation of rail franchise operations enabled the unlocking of much needed investment that the Government couldn’t afford, and at a good price. That model continues today. Franchises might average perhaps a 3% profit margin – that’s a pretty good financing rate for the Government to get the railway that they, and the travelling public, want.

An over-apologetic Government offering up Stagecoach and Virgin as scapegoat might seem initially to mollify the political critics of franchising, and the media and anti-capitalist public (and East Coast travellers) who so need the validation, but it hardly counters the call for nationalisation and risks squandering the enormous advances that have been (and continue to be) achieved by private franchising in capacity, efficiency, financing, asset renewal, innovation and risk transfer.

PrevPreviousRail management, performance and engineering specialist joins IPEX
NextWhat do hand dryers have to do with business performance?Next